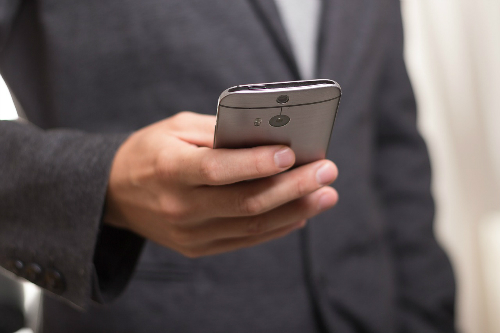 Although many businesses use text messages to get in contact with customers and advertise to potential clients for perfectly legitimate purposes, there are still malicious groups that exploit this means of communication to siphon money from innocent mobile users.

SMS scams are surprisingly common, and in the past month there have been a number of major instances in which people have suffered serious financial consequences after being hit by them.

A high-profile case which emerged earlier this month was aimed squarely at iPhone users, according to the Telegraph. It involved text messages being sent to people from an account claiming to be linked to Apple’s customer services team but was in fact a phishing scheme which was intended to trick those who were contacted into giving up personal information which could allow criminals to steal their identities.

A web link embedded within the text took recipients to a fake site where they were required to enter login information pertinent to their Apple account. And a number of celebrities were amongst those who fell for this scam, including comedian Jack Dee.

In the days following the unveiling of this fraudulent campaign, service providers took action to block access to the site in question, with Apple reminding customers that entering private data into third-party sites not linked to its official services was always a bad idea.

Of course, the reason that phishing scams are successful is because they often do a good job of emulating the look and feel of genuine websites and misleading people who visit them. So mobile users are encouraged to keep their wits about them and only engage with legitimate companies that use email to SMS services to get in touch.

Thousands of people complained in mid-May when it emerged that another SMS scam was doing the rounds, this time targeting any customers with a mobile number irrespective of the device they were using.

The unsolicited messages were sent to people with a range of different types of multimedia content attached, charging recipients up to £4.50 for each SMS received. This included downloadable games, video files and images.

Since the messages are sent to people without their prior consent, they are in breach of industry regulations which govern the kinds of charges which can be levied against SMS users, according to the Express.

Various companies which have perpetuated these scams in recent years have been fined significant sums as a result of their actions. And yet this has not dissuaded others from attempting similar tricks to make money, and in the past year alone a total of 17 organisations have suffered at the hands of industry regulator PhonePayPlus.

Consumers are advised to get in touch with their network provider and the regulator if they find that they have become the victim of one or more of these scams, since quick action will help to reverse the damage and hopefully prevent more people suffering from similar attacks on their privacy and pockets in the future.

Some of the medicines can help promote men’s heartiness, depending on the problem. Nowadays, online pharmacies fill millions of online prescriptions worldwide. One of the best treatment for erectile dysfunction is Cialis. What about sexual dysfunctions and “sildenafil citrate 100mg. Now, there are variant options for people who suffer from erectile disfunction. Likely cialis cost is an extremely complicated question. If you have any concerns about price Comparison, check with your physician before taking the treatment. A common class of antidepressants, which turn on Prozac, may cause erectile disfunction. Apparently you already know that any drug has side effects.