Home Finance What Is the Difference Between Progressive, Proportional, and Regressive Taxation?
Finance
November 30, 2016

What Is the Difference Between Progressive, Proportional, and Regressive Taxation? 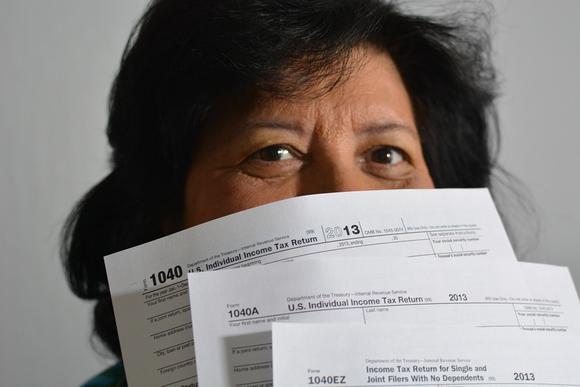 Tax policy remains a hot-button issue on Capital Hill and with American citizens throughout the country. Some favor tax breaks for the rich; others prefer a more fair system. Lobbyists fight for corporations to remain under protective tax umbrellas, and the country’s current president-elect hasn’t paid his taxes in who knows how long. In order to understand this entire hullabaloo, it helps to understand the different systems that remain in the forefront of the arguments.

Proportional Taxation
This proposed tax structure would require everyone to pay the same proportion of tax. If all income levels were required to pay 20 percent, the poor would pay less and the rich would pay more. For example, an annual income of $10,000 would fetch a tax bill of $2,000, and an annual income of $100,000 would warrant a $20,000 payment to the IRS. This might seem fairer than the progressive tax structure, but proponents argue that people who earn less use more of their total income to meet their daily needs than people who earn more.

Regressive Taxation
It might seem hard to believe that anyone would argue the fairness of regressive taxation but some do. Regressive tax is, for the most part, the opposite of progressive tax. In this case, the poor are taxed at a higher rate than the rich are. Supporters argue that a regressive program works when it’s applied to all tax, as the wealthy spend more, so they’ll pay their fair share through sales tax on their expenses. However, it’s hard to justify a system that would tax 20 percent on $10,000 and 2 percent on $100,000, no matter how lavish a lifestyle the wealthy live.

How an Accountant Plays a Role in This
If you are researching job opportunities for masters of accounting graduates, you are likely interested in how an accountant plays a role in all of this tax nonsense. Accountants are no longer required to bookkeep by hand. Most of their tracking and reporting is done quickly via accounting software. As such, today’s CPA acts more as a consultant than a bookkeeper, and advising on tax policies is one of their responsibilities, including working with businesses and lobbyists.

For some, this can be an exciting addition to the role of an accountant. You are in the trenches fighting for the tax structure that you believe is best. Others prefer to absorb the law changes each January and work like crazy through April. The job itself will always be in demand, especially if taxes remain the hot-button issue they have been since their inception.

Some of the medicines can help promote men’s soundness, depending on the problem. Nowadays, online pharmacies fill millions of online prescriptions worldwide. One of the best treatment for erectile disfunction is Cialis. What about sexual dysfunctions and “Cialis 60mg. Now, there are variant options for men who suffer from erectile malfunction. Likely cialis cost is an extremely complicated question. If you have any concerns about price Comparison, check with your doctor before grab the medication. A common class of antidepressants, which include Prozac, may cause erectile dysfunction. Apparently you already know that any drug has side effects.